The EACPT presented a Special Award for services to the EACPT for Professor Michael Orme.

The Award was accepted on his behalf at the 11th EACPT Congress in Geneva by EACPT co-founder Professor Folke Sjöqvist. 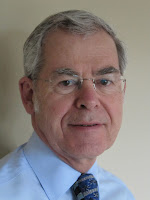 Michael Orme  qualified in medicine from Cambridge University and King’s College Hospital in London in 1965. He trained in internal medicine and clinical pharmacology at the Royal Postgraduate Medical School in London and at the Karolinska Institute in Stockholm, Sweden. He was appointed as senior lecturer in clinical pharmacology at Liverpool University Medical School in 1975 and was promoted to a personal chair in 1984. He was Dean of the Faculty of Medicine in Liverpool from 1991- 1996.

He co-edited the 2012 manifesto from WHO, CIOMS and IUPHAR on Clinical Pharmacology in Health Care, Teaching and Research.

He worked with European clinical pharmacology colleagues in the late nineteen eighties to develop a European approach through the WHO European office in Copenhagen. This led to a meeting in Verona, Italy in 1993 to found the European Association for Clinical Pharmacology and Therapeutics (EACPT). Michael was the first honorary secretary of EACPT from 1995-1999 and he was re-elected to this post for 1999-2003. He was also chairman of the Education Sub-committee of EACPT from 1997 to 2003.  He was elected chairman of EACPT for the period 2003-2007 and remained on the Executive Committee of EACPT as past chairman until 2011.
In these roles Michael Orme brought his interests in European and global efforts of clinical pharmacology as a medical speciality devoted to the rational use of drugs, to growing EACPT into a major international organisation representing all clinical pharmacology societies in Europe.
The Special Award was presented at the 11th EACPT Congress in Geneva 28th – 31st August 2013.
The EACPT was founded 20 years ago and now includes all national organisations for clinical pharmacology in Europe. The EACPT aims to provide educational and scientific support for the more than 4000 individual professionals interested in clinical pharmacology and therapeutics throughout the European region, with its congresses attended by a global audience. The EACPT also advises policy makers on how the specialty can contribute to human health and wealth.
Official EACPT journal: Clinical Therapeutics
More about the 11th EACPT Congress in Geneva.
More about the EACPT.

2013 EACPT Scientific Award for new treatment approach for Parkinson’s diseaseUpdate on 4-6 July 2013 EACPT Summer School in Edinburgh
This website uses cookies to improve your experience. We'll assume you're ok with this, but you can opt-out if you wish.Accept Read More
Privacy & Cookies Policy